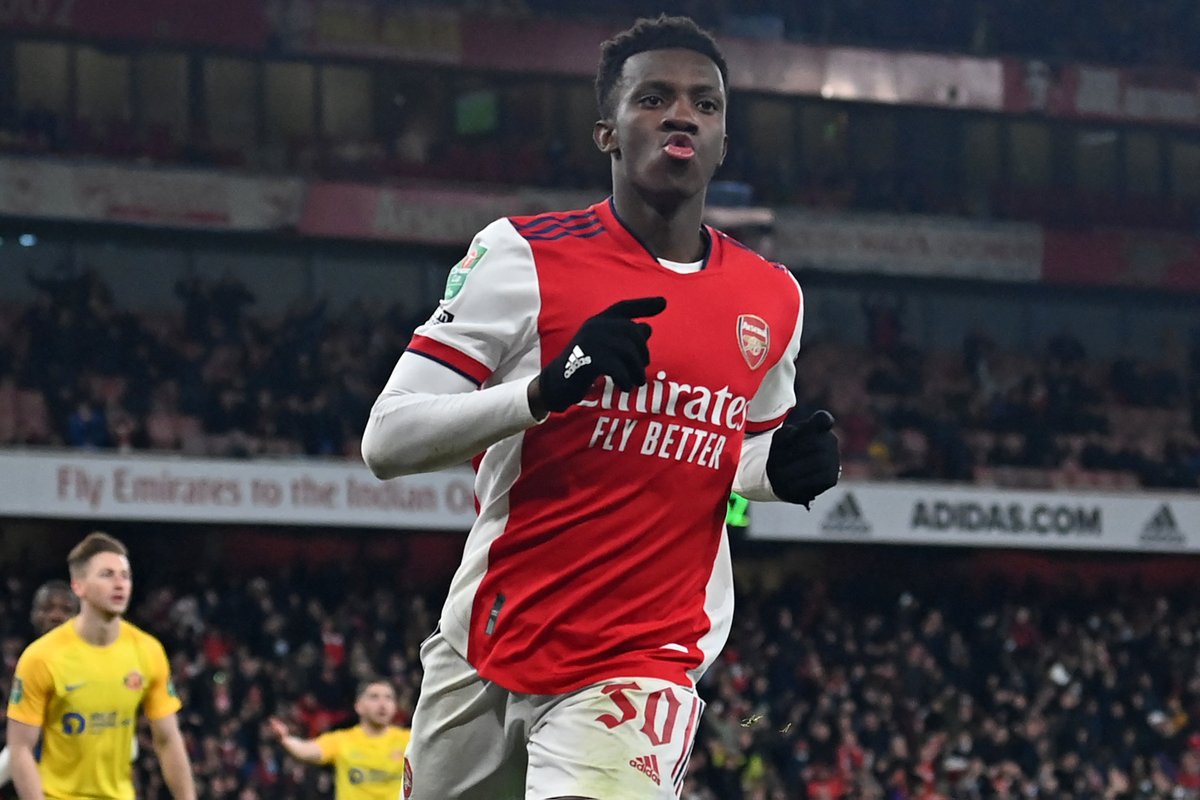 With Arsenal leading 2-0, it would have been easy for the Black Cats to fold under the situation but they battled back to score a goal four minutes after the Pepe goal thanks to a good finish from Nathan Broadhead who’s on loan at Sunderland from Merseyside giants Everton. The Black Cats were then dealt a big blow when Broadhead went off injured after a collision with Arsenal skipper Rob Holding.

The exit of Broadhead took a lot out of Sunderland on the attacking front and the Gunners went ahead to score three goals in the second half to win the game convincingly thanks to the brace from Nketiah who completed his hattrick in the process and the debut goal from young Arsenal midfielder Charles Patino.

With four minutes gone in the second half, Nketiah produced a smart finish to score the third Arsenal goal off the assist from Portuguese left-back Nuno Tavares. Nketiah then completed his treble just before the hour mark off the assist from the impressive Pepe.

Arsenal fans gave the loudest cheer of the night when Patino came off the bench in the place of compatriot Emile Smith-Rowe with ten minutes left and the 18-year-old made the opportunity count with the fifth and final Arsenal goal of the game off another assist from Pepe.

With his three goals, Nketiah has now scored ten goals in just nine Carabao Cup games. He has five goals in three games this season.

This entry was posted in Uncategorized and tagged Eddie Nketiah. Bookmark the permalink.