Arsenal football Club have announced that three first-team players have agreed new contracts to remain at the club beyond the end of season. There was an unconfirmed report on Tuesday that some players have agreed to a new deal with the capital club with announcement imminent.

The club has taken to the official website to confirm that David Luiz, Cedric Soares and Pablo Mari have agreed to extend their deals beyond this summer.
END_OF_DOCUMENT_TOKEN_TO_BE_REPLACED

As Roma have confirmed they want to sign the duo of Henrikh Mkhitaryan and Chris Smalling on a permanent deal. The duo joined Arsenal and Manchester United respectively and they have impressed head coach Paulo Fonsesca and he has a desire to make the deal permanent for the Premier league duo.

There was no option for a permanent deal in the contract that took Smalling and Mkhitaryan to Rome, and Roma will have to sit and negotiate a fresh term for the players.
END_OF_DOCUMENT_TOKEN_TO_BE_REPLACED
Posted in Uncategorized | Comments Off on ROMA WANTS PREMIER LEAGUE DUO

Arsenal are scheduled to entertain Tottenham Hotspur in the weekend’s north London derby in the Premier League. The Gunners and Spurs suffered defeats to Liverpool and Newcastle United in the previous gameweek but the latter would surely be the most disappointed after failing to secure maximum points against a mid-table side on their home turf. In the aftermath of the Magpies game, Spurs manager Mauricio Pochettino was far from pleased with the 1-0 loss as he bemoaned the team’s lack of unity and desire despite the fact that this was only the third match of the Premier League season.Spurs are regarded as the third favourites to win the Premier League but they certainly need to up their standard after only managing a hard-fought triumph over Aston Villa on the opening day while being fortunate with the 2-2 draw at Manchester City, where they were thoroughly dominated.
END_OF_DOCUMENT_TOKEN_TO_BE_REPLACED
Posted in Uncategorized | Tagged Mauricio, Unai Emery | Comments Off on Arsenal vs Tottenham Hotspur Betting Tips

The Real Madrid man on a season-long loan at the Emirates opines that Alexandre Lacazette is the best player at Arsenal. The Spaniard has been a boost in the midfield for the Gunners, already contributing two assists. 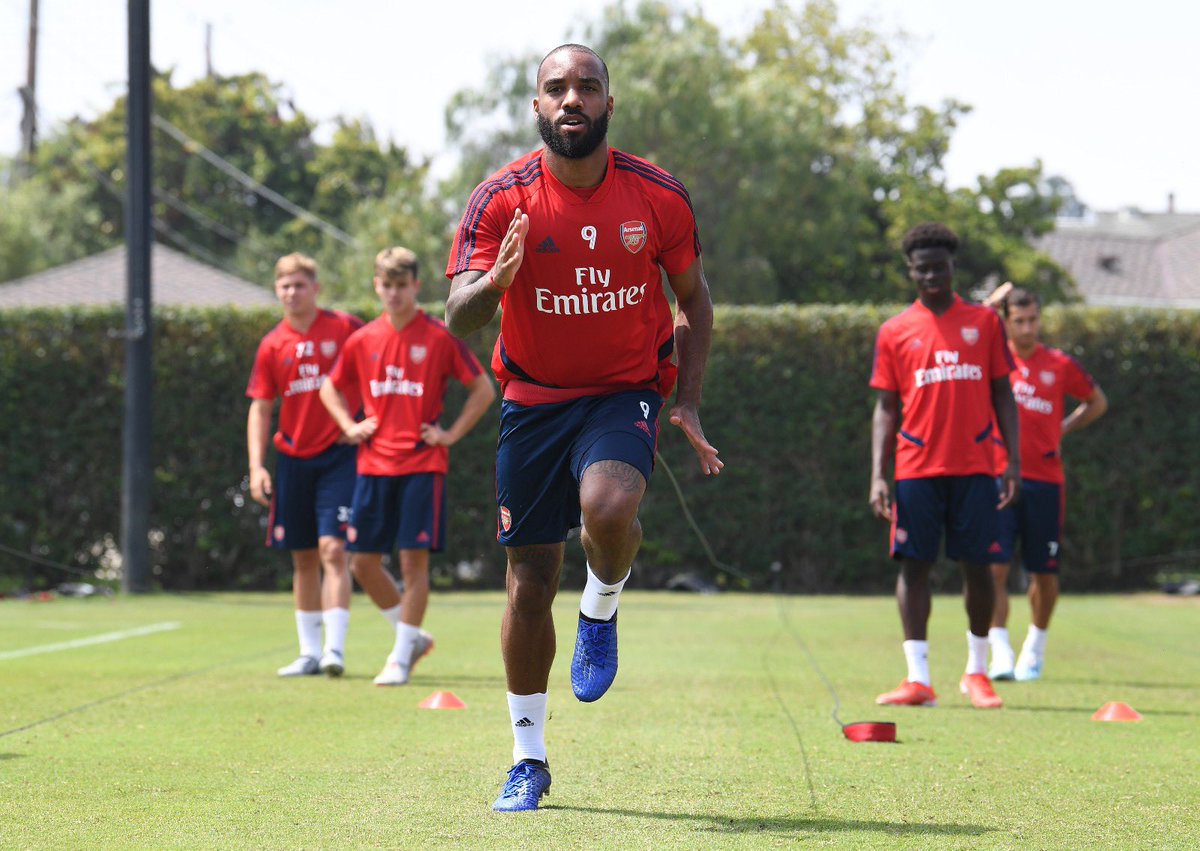 With Watford coming this weekend, Ceballos is expected to feature in his fifth match for Arsenal this term. He has been impressive so far, supporting the front three and contributing to the attack.
END_OF_DOCUMENT_TOKEN_TO_BE_REPLACED
Posted in Uncategorized | Tagged Alexandre Lacazette, Nicolas Pepe, Pierre-EmerickAubameyang | Comments Off on CEBALLOS SAYS LACAZETTE IS ARSENAL’S BEST PLAYER

Arsenal are reportedly interested in signing Celtic star Kieran Tierney in the summer according to reports from England. The Daily Mirror claims that the Gunners are looking to sign the 21-year-old as part of their summer transfer spree.

Tierney has developed in Scotland as one of the best young full-backs in Europe and has seen attention from some EPL teams. There have been reports that the player could be reunited with former manager Brendan Rodgers at Leicester City.
END_OF_DOCUMENT_TOKEN_TO_BE_REPLACED
Posted in Uncategorized | Tagged Ben Chilwell, Brendan Rodgers, Kieran Tierney | Comments Off on ARSENAL AFTER CELTIC DEFENDER

BELLERIN TO MISS REST OF SEASON

Arsenal defender Hector Bellerin picked up a cruciate ligament injury in the 2-0 win over Chelsea last time out and is set to miss the rest of the season.

Bellerin’s season looks to over after he ruptured his cruciate knee ligament and the defender faces a race against time to return to the squad before the end of the current campaign.
END_OF_DOCUMENT_TOKEN_TO_BE_REPLACED
Posted in Uncategorized | Tagged Hector Bellerin, Stefan Lichtsteiner, Unai Emery | Comments Off on BELLERIN TO MISS REST OF SEASON

Arsenal fans not pleased with re-allocation of Vorskla game

The Europa League Group E match between Arsenal and Vorskla Poltava which was originally going to take place at Stadion Vorskla has now been re-allocated and will instead take place at Olimpiyskiy Stadium. The decision has been taken because of the security situation in Ukraine.

The relations between Ukraine and the neighboring country Russia are not good at the moment. The tensions are rising and the Ukrainian government has ordered for the martial law to be imposed in certain areas. Paltova fell among those areas and the match had to be shifted away from there.
END_OF_DOCUMENT_TOKEN_TO_BE_REPLACED
Posted in Uncategorized | Tagged Arsenal, Stadion Vorskla, Vorskla Poltava | Comments Off on Arsenal fans not pleased with re-allocation of Vorskla game

ESPN FC pundit Shaka Hislop believes Arsenal should not take the option of offloading Aaron Ramsey during the ongoing transfer window. The Wales international has just 12 months remaining on his current contract with the Gunners and this has recently witnessed him associated with a probable switch to Chelsea.

Speaking on the ESPN FC show, Hislop stressed that the Gunners cannot afford to lose Ramsey this summer, considering the Welshman has been one of their most consistent performers over the past few seasons, he said: “Arsenal with a new manager of their own in Unai Emery. I’m just not sure that, despite the changes, you want to let go somebody who has been as important to Arsenal over the years as Aaron Ramsey. No. It makes sense for Chelsea, makes no sense for Arsenal.”
END_OF_DOCUMENT_TOKEN_TO_BE_REPLACED
Posted in Uncategorized | Tagged Lazio, Maurizio Sarri’s, Mesut Ozil | Comments Off on ESPN FC pundit urges Arsenal to stick with Aaron Ramsey

Arsenal FC are reportedly open to selling star player Aaron Ramsey if the Welshmanrefuses to renew his contract with the club this summer. The Gunners are hoping to tie down one of their best players before the next season. Having been held hostage in the contract saga of Mesut Ozil and Alexis Sanchez, the club wants to kill off any possibility of a repeat.

Ramsey’s contract is set to lapse in 2019 so the north London is looking to extend his deal. With the likes of Manchester United and Chelsea linked to the player, a new deal will effectively kill of such talks.
END_OF_DOCUMENT_TOKEN_TO_BE_REPLACED
Posted in Uncategorized | Tagged Alexis Sanchez, Henrikh Mkhitaryan, Mesut Ozil | Comments Off on ARSENAL OPEN TO SELLING RAMSEY

Arsene Wenger has admitted that there are doubts over his future at Arsenal FC. 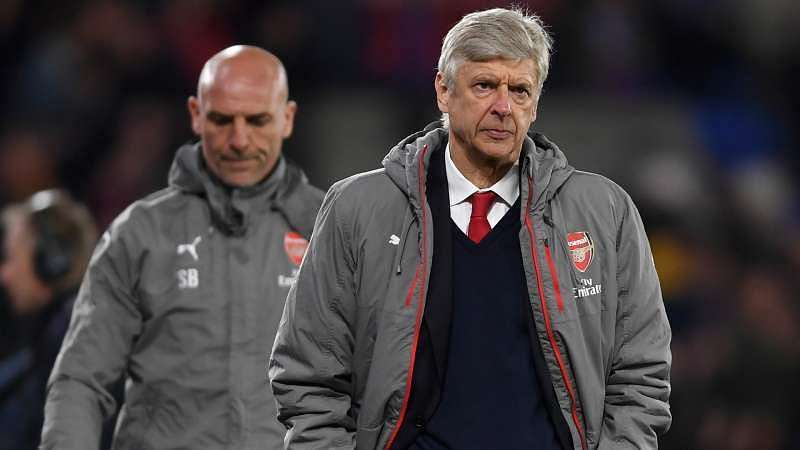 The Frenchman confessed to hesitating before signing the new deal in the last campaign. The experienced coach signed a two-year renewal a month before the expiration of the former deal.

Wenger said he thought about personal concerns before agreeing to the new deal as he wondered if he could still take the club to the next level, after being at the club for so long. Finishing in fifth place in the premier league, the first time since 1996, did put things in perspective. However, winning three of the last four FACup tournaments proffers buffer to the fans and club.

With the new season three games in, there are doubts that anything would change at the end of the campaign. After a hard fought game against Leicester City, defeats to Stoke City and Liverpool have confirmed the fears of Wenger’s naysayers. END_OF_DOCUMENT_TOKEN_TO_BE_REPLACED